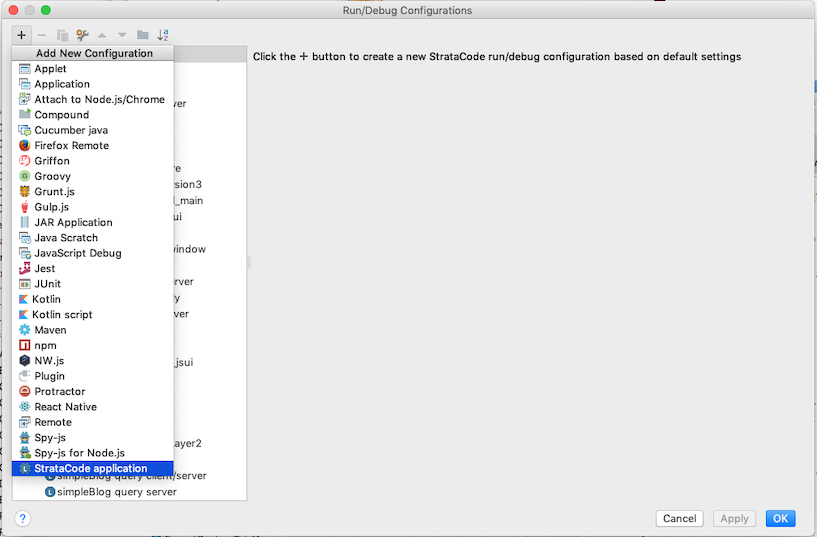 Choose one or more layers for the application instead of Java's main class: 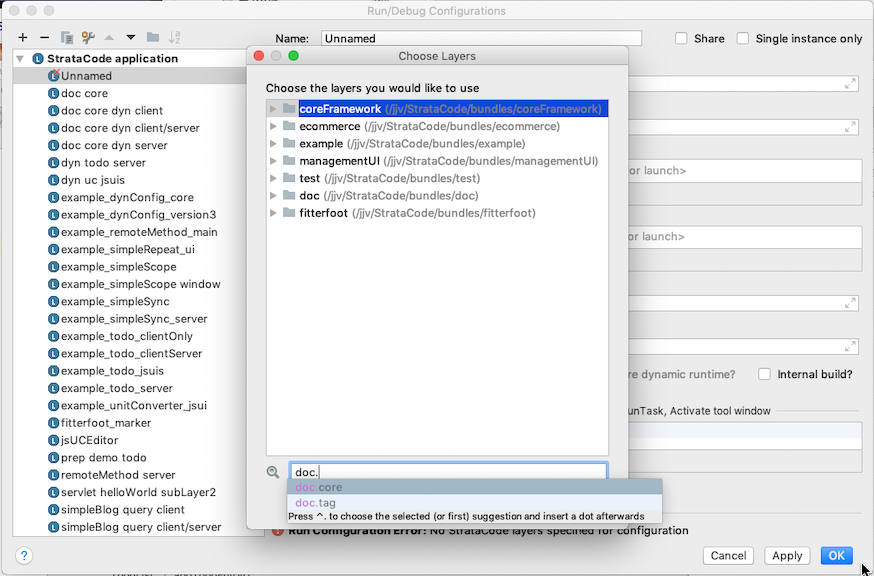 One of the included layers will specify an @MainSettings annotation to define a main method to run. This is usually in a framework layer one of your layers extends. Components can specify @MainInit or extend a framework class which has that annotation if they need to be initialized when the application is run. 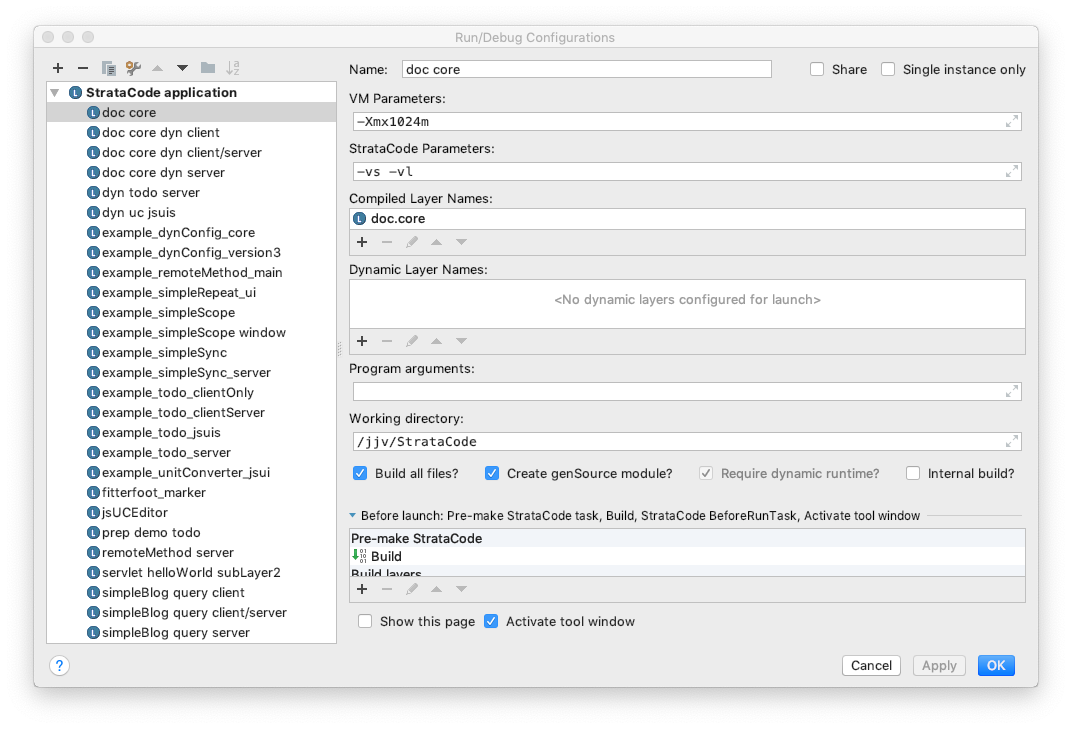 The default VM parameters include -Xmx1024m to allow for a large heap for Java. This is required because the launched program will compile the system if necessary before running the program in the same process. If your application does not use features of the dynamic runtime, it can generate a standalone jar file and customizable scripts and install environments. Features like data binding and components will depend upon either the coreRuntime or fullRuntime packages only.

Fast way to run one layer

When running one layer in compiled mode, right click on the layer definition file and choose the run or debug options: 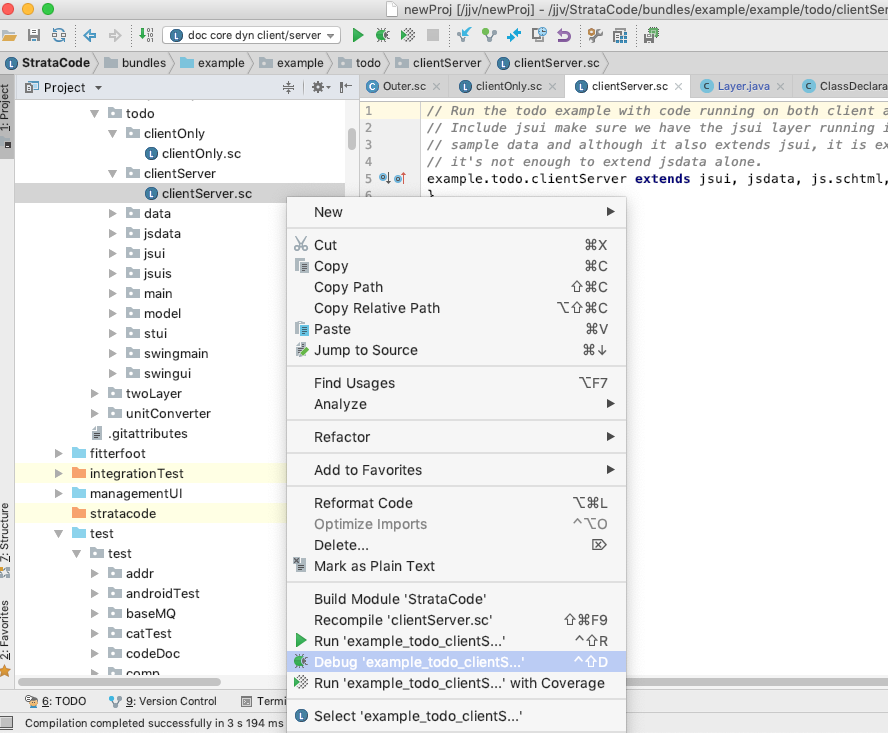 Just like with Java, this creates a temporary run configuration you can then customize and save.

Generated source and the genSource module

When you run or debug an application with 'Create gen source module' enabled, you'll see a genSource module added to your project:

This module is replaced or updated each time.

It's important to recognize the generated source when navigating. For example, here there's a TodoList in the genSource module, as well as an option to choose one of several layers:

From a source line in the editor view, use the keyboard shortcut shift-command-g (or choose 'View Generated Source" in the 'Run' menu) to navigate to the same line in the generated source: 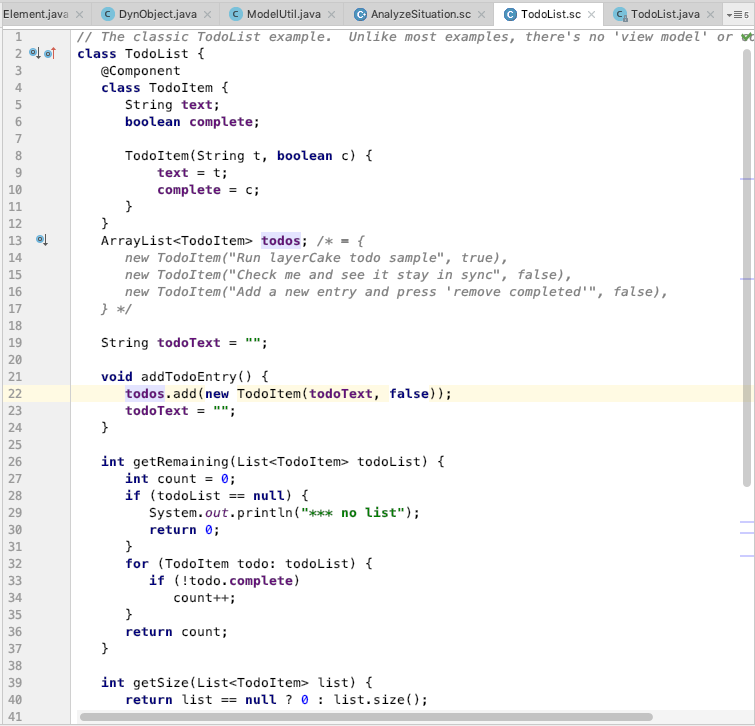 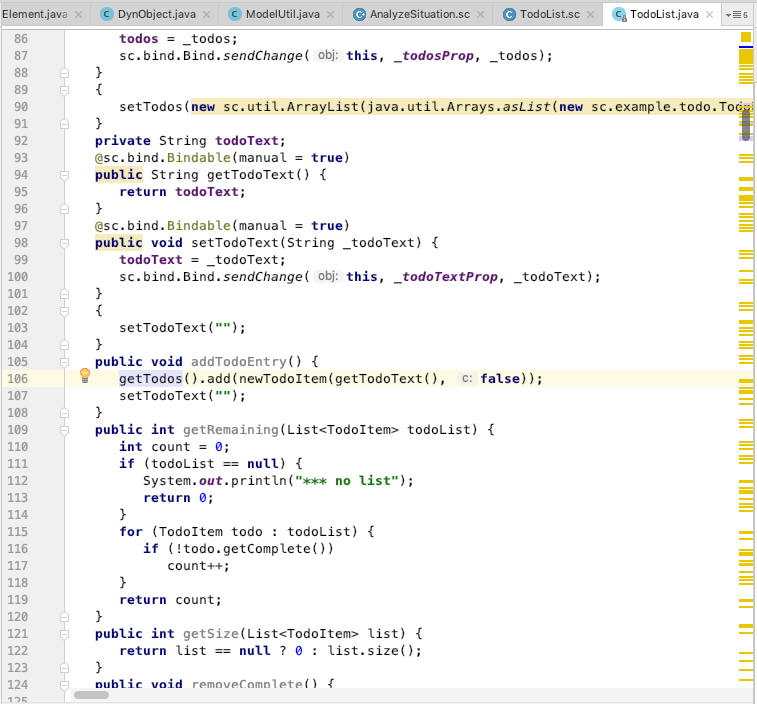 The same key also goes back from the generated source to the original.

Single-stepping through code navigates to the source by default. To navigate by the generated source, choose 'Debug Generated Source' under the Run menu.

Because the generated source can look just like the original, it's easy to forget and try to change a generated file. To avoid this disasterous situation, these files are marked read-only. The editor won't allow it and the 'View generated source' shortcut quickly navigates to the right file to change. If this safeguard is defeated and a generated file is modified, on the next code generation renames the file, rather than replacing it. Look for a warning on the console.

Unfortunately, dynamic layers do not yet support source level debugging. If you need to set breakpoints, or single-step through code it's best to compile the layers with that code. This is not a large project to add but so far has not been a major obstacle. There's a lot of potential debugging options with a code-simulator built right on top of the AST.

Given the simplicity of the system, it's somewhat tedious in comparison but straightforward to step into the dynamic runtime code to do the debugging. For example, stop in AbstractMethodInvocation.invoke() when methodName == "some method". Add an empty or dummy if statement when conditional breakpoints are too slow. Look in ExecutionContext for the current variable state. Step in or over the various execStatements, invoke, and eval methods. The toString() methods in most major objects provide traceability and are useful for ad-hoc breakpoints:


Next topic:
Navigate by the layers in a type